No products in the shopping bag.

A completely natural deodorant cream, the winner of the title Hit product of 2016 as part of the Štartaj, Slovenija! project, came out with a new look yesterday. The co-founders of the company Tina and Simon presented the Nelipot stick in three versions, namely BASIC, SHAC and IROF. The presentation was held yesterday at the Ljubljana Castle.

According to Simon Oblak, the story, which goes back to 2014, “came to its second biggest turning point since its beginnings”, the first being the victory in the Štartaj, Slovenija! project. Simon expressed special thanks to the project partners, namely the Spar Slovenija company, Pro Plus broadcaster, and Formitas media agency.

The peculiarity of the product, which has been in the making for more than two years, is that they have developed their own packaging made from biodegradable raw materials, since the content itself is already proven in terms of quality. The project developed jointly in co-operation with the top-notch Slovenian design company Wilsonic Studio, and the final result is incredible – Nelipot deodorant is now finally available also as a stick.

According to Tina Štrubelj, they decided to use bioplastics because of the ecological aspect: its reusability, since they are already developing a tool, which will allow you only to buy refills, and biodegradability since the packaging is made of plastic-based on lactic acids (i.e. PLA plastics), which is made on a plant-based basis (made from sugar cane).

At a pleasant event at the Ljubljana Castle, on which the attendees were invited to take their shoes off (Nelipot is a person who is walking around barefoot) and to make contact with the nature, there were also beauty bloggers, among other Nika Veger and Nataša Mernik, as well as editors of fashion magazines, female journalists and friends of the Nelipot brand. 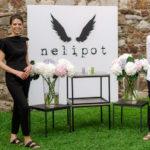 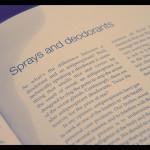 We should use only cosmetic products we can eat… 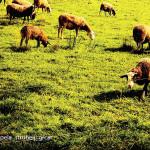 TOPICS WE WRITE ABOUT

Find out more or adjust your settings.